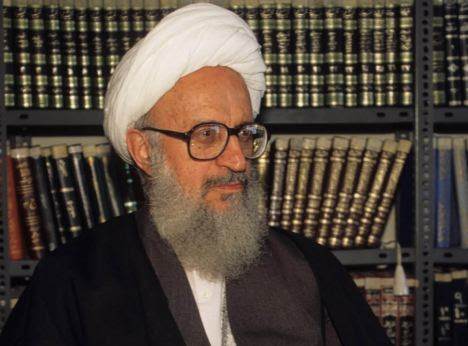 Senior Iranian Cleric Dismisses Nazi Holocaust as "Superstition"
Daily Mail, September 5, 2010
"A senior Iranian cleric has dismissed the Nazi Holocaust during World War II as a 'superstition' created by the West. Grand Ayatollah Naser Makarem Shirazi -- among the highest authorities in Shiite Islam -- said in reports released yesterday. 'The Holocaust is nothing but superstition, but Zionists say that people of the world should be forced to accept this,' he was quoted as saying by the state news agency IRNA. 'Americans and Westerners are affected by newly appeared superstitions such as the Holocaust.' He continued. 'The truth about the Holocaust is not clear, and when the researchers want to examine whether it is true or the Jews have created it to pose as victims, they jail the researchers,' said Makarem Shirazi, who is a 'marja,' or among the highest authorities in Shiite Islam. Iran's hardline President Mahmoud Ahmadinejad has repeatedly branded the Holocaust a 'myth' in his frequent anti-Israel diatribes drawing international condemnation, but Iran's prominent clergy have rarely echoed such comments.
Several opposition figures have also rebuked Ahmadinejad over questioning the Holocaust while backing the Palestinian cause. The comments came after Ahmadinejad scoffed at attempts on Friday to revive Israeli-Palestinian peace talks, calling them 'doomed' to fail and said the people of the Middle East are 'capable of removing the Zionist regime' from the world scene. Iran does not recognise Israel -- the sole if undeclared nuclear-armed state in the Middle East -- which accuses the Islamic republic of seeking nuclear weapons and has never ruled out a military strike to curb its atomic drive. The Nazi Holocaust involved the genocide of approximately six million Jews from mainland Europe as part of Adolf Hitler's 'Final Solution' to scourge the area of its nine million strong Jewish population. [...]"
Posted by Adam Jones, Ph.D. at 9:12 PM