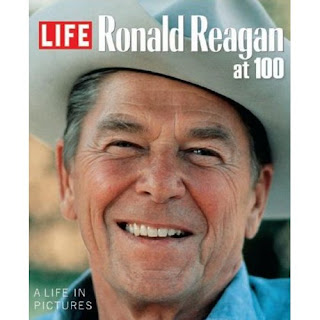 "Of President Ronald Reagan, who directly sponsored the 'anti-communist' campaigns of terrorism and extermination in Central America, Robert Parry wrote that he 'found virtually every anti-communist action justified, no matter how brutal. From his eight years in the White House, there is no historical indication that he was troubled by the bloodbath and even genocide that occurred in Central America during his presidency, while he was shipping hundreds of millions of dollars in military aid to the implicated forces.' ... On the basis of the US orchestration of genocide in El Salvador and Nicaragua (c. 100,000 killed), and also considering the 'fundamental political support' ... that his government extended to Guatemala and other atrocious regimes throughout Latin America, there are grounds to regard Reagan as the single worst purveyor of mass atrocity in the western hemisphere during the twentieth century. Very little of this surfaced in the nauseating encomiums to Reagan in the US media following his death in 2004." 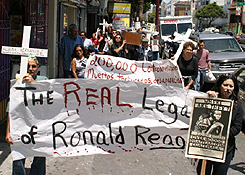