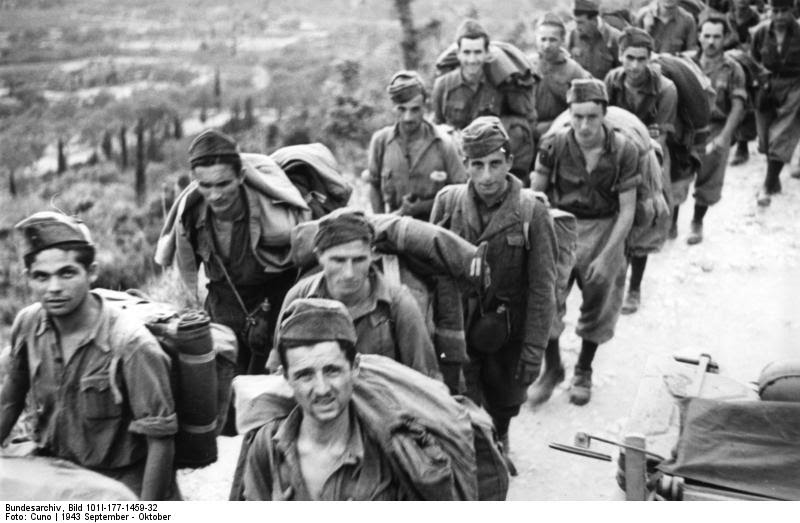 Italian Push for Atrocity Justice
By Martin Daly
The Sydney Morning Herald, February 16, 2012
"Italian military prosecutors want to put a 90-year-old former German soldier on trial for his alleged involvement in the second-worst massacre of World War II, when at least 5000 Italian prisoners of war were murdered on the Greek island of Cephalonia. The killing of virtually the entire 33rd Acqui Division took place in September 1943 in a series of war crimes later retold in Louis de Bernieres' novel, Captain Corelli's Mandolin, subsequently made into a film starring Nicolas Cage. The charges to be laid against the unnamed soldier, who was 22 at the time, may be the last chance for a trial of the murders that rank second only to the 1940 Katyn Forest massacre of Polish army officers and police by Soviet military police. The Italians, allied with Germany, occupied Cephalonia at the start of the war. But after the armistice of September 1943, the Italians were given the choice: fight for Germany or become prisoners of war. The division's commander, General Antonio Gandin, refused to surrender their weapons. He then allowed his army to vote on what they wanted to do. They decided to fight. They were overcome by German reinforcements and then slaughtered at various locations on the island. Their bodies were dumped in crevices and caves or taken out to sea on rafts and blown up. Four years ago Italian prosecutors prepared a case against former Lieutenant Otmar Muelhauser, who commanded Gandin's firing squad. Muelhauser said Gandin refused to be blindfolded, and before he died shouted, 'Long live Italy, long live the king'. Muelhauser died before the case got to court. There are few witness accounts. Fifteen hundred soldiers died fighting, 5000 were massacred and the rest were shipped to Germany, 3000 of them drowning en route when prisoner ships hit mines."
[n.b. This is the complete text of the dispatch.]
Posted by Adam Jones, Ph.D. at 10:19 PM